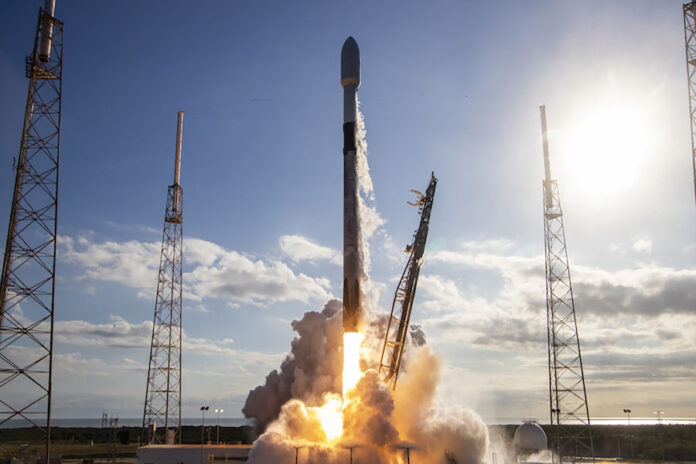 Egypt successfully launched the Nilesat-301 aboard the SpaceX Falcon 9 rocket to geostationary orbit today, June 8, 2022, from the Cape Canaveral Airbase in Florida, USA, at 10:04 pm UTC(+1). This brings Egypt’s total launched satellites to ten, and Africa’s satellite fleet to 48.

Nilesat-301, weighing roughly 4100kg [about 9,000 pounds], was manufactured in France by Thales Alenia Space as a replacement for the Nilesat-201, and it aims to provide digital broadband and internet connectivity services for Egyptian satellite operator, Nilesat.

Operating in Ku- and Ka- bands and featuring 38 transponders, the Nilesat 301 will deliver communications and direct digital broadcasting services to Nilesat’s existing customer base and help extend the company’s footprint in new markets in North Africa, the Middle East, Sudan and East Africa, to improve connectivity among the continent’s peoples. Furthermore, the new satellite’s functionality will provide broadband internet services throughout Egypt.

The Egyptian Satellite Company, Nilesat, selected Thales Alenia Space of France and Italy in December 2019 to build the Nilesat 301 satellite, which was scheduled to be launched in January 2022.

However, according to The Egyptian Satellite Company’s Chairman of the Board of Directors, Ahmed Anis, the satellite manufacturing process and launch were delayed due to the pandemic. Furthermore, he pointed out that the Nilesat 301 was made according to advanced technology that enables it to identify and treat any source of interference on its own, to provide complete insurance for the television channels operating on it, pointing out that it is characterized by the ability to manoeuvre the antennas to change the coverage areas according to the needs of African countries, which are a new market for Nilesat satellites.

In addition, Egypt has already started negotiations with other Middle Eastern countries to deepen strategic collaboration with key stakeholders in television broadcasting.

You can watch the launch via this link.