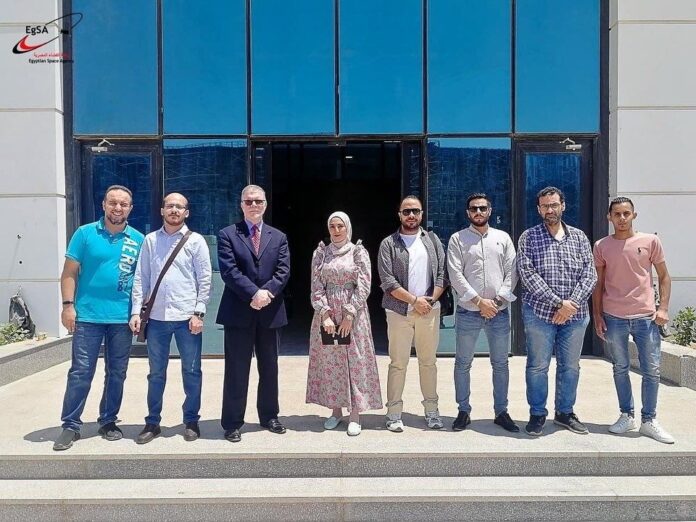 The Egyptian Space Agency received delegations from Al-Zaytoonah University of Jordan’s College of Engineering and Technology, as well as officials from the Institute’s public relations and the Arab Council for Training Students of Arab Universities (ACTSAU), on Monday, August 1, 2022.

The team took a tour around EgSA’s establishment, which included a visit to the Assembly, Integration and Testing (AIT) building headquarters, the agency laboratories, various satellite factories, the engineering model, and the educational satellite project laboratory (Space Keys). 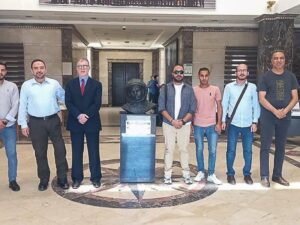 Engineer Yassin Munir delivered a presentation to the students about the agency’s current initiatives and activities, which included educational programs for university and high school students. 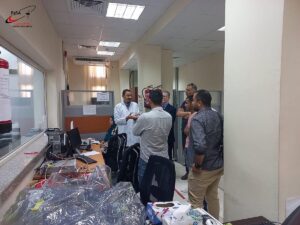 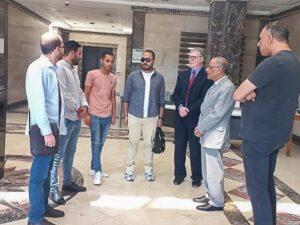 At the end of the tour, the delegation expressed their delight with the visit and the intensive presentation of the nature of designing, manufacturing, and testing satellites through the round of factory visits. The delegates also stated that the tour revealed the amount of effort put into designing, producing, and testing satellite subsystems. Memorial group shots were taken at the end of the day.