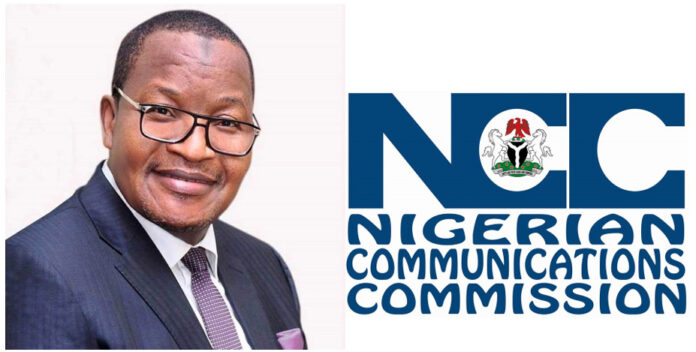 Following the Senate investigative hearing which gave the Fifth Generation (5G) technology a clean bill of health, the Nigerian Communications Commission (NCC) has taken a major proactive regulatory step by inaugurating a committee to develop the Information Memorandum (IM) for the auction of 3.5 gigahertz (GHz) spectrum band which will be used for early deployment of 5G services in the country.

Speaking during the inauguration, Danbatta said, apart from developing the IM for auctioning of C-band spectrum for 5G deployment in Nigeria, the Terms of Reference (ToR) of the committee will include the development of an award process to be used pursuant to which the grant of Spectrum licenses may be made.

The Information Memorandum (IM) defines the process that the Commission has decided to adopt for the auctioning of the 3.5GHz spectrum band. It will provide information on the Nigerian telecommunications market, details of the Spectrum to be made available, the pre-qualification process, the Auction process, and an indicative timetable.

Other ToRs reeled out for the committee by Danbatta include the auctioning of the C-band spectrum for 5G deployment in Nigeria in line with the award process; as well as report regularly/fortnightly to the EVC through the Office of the Executive Commissioner, Technical Services of the Commission on the progress made by the Committee.

While expressing delight at the current stage of the 5G deployment process in Nigeria, especially with respect to established mutual understanding among stakeholders that 5G service poses neither security nor health risk to users, Danbatta said the outcome of the work of the Committee is a major step towards the realisation of 5G services in Nigeria.

According to him, the NCC, in line with its mandate, has committed enormous resources to ensure harmonised spectrum is secured and released in a timely manner for present and future deployment of services that will underpin the fourth industrial revolution, including International Mobile Telecommunication (IMT-2020) services.

This, according to him, is in recognition of relevant provisions of the Nigerian Communication Act (NCA-2003) and its strategic plan for effective communications resource management, facilitating broadband penetration, and improving Quality of Service (QoS) amongst others.

Speaking further, the EVC said the Commission had ensured the participation of relevant staff in international fora, especially in the International Telecommunication Union Radio Telecommunication Sector (ITU-R) study groups, to enable the allocation of strategic Spectrum to IMT services, especially IMT 2020, which, he said, has been in the front burner in the last two ITU-R study cycles towards World Radio Communication Conference (WRC-15 & WRC-19).

“Arising from these efforts, which include engagements with relevant governmental and non-governmental organisations during preparatory meetings at National, Regional and Continental level, we have been able to secure harmonised frequencies for 5G deployment in Nigeria,” he said.

He, however, stated where NCC desired premium spectrum like the 3.5GHz with good propagation characteristics suitable for capacity and coverage with good device ecosystem but did not have sufficient allocation, “we put in extra efforts and secured additional 160MHz in the 3.5GHz band by making a huge commitment of resources to secure additional Spectrum from Nigerian Communication Satellite Limited (NigComSat),” culminating in a recent Memorandum of Understanding (MoU) between NCC and NigComSat.

“Having put in these efforts and resources to secure, amongst others, contiguous Spectrum in a premium band like the 3.5GHz band that is being adopted as the best Spectrum for early deployment of 5G with about 70% of 5G global deployment so far, it has become imperative to immediately re-purpose the 3.5GHz band in Nigeria for auction in accordance with best practices.

“In view of this, Danbatta said NCC Management deemed it necessary to constitute the committee with clear ToRs, adding that the committee members are expected to demonstrate the strong commitment required to carry out these tasks and in a timely manner,” he said.

Meanwhile, Danbatta stated that even though some successful auctions have been conducted by the Commission in the past, “extra effort is required of us to ensure the success of this particular exercise since the 5G technology is just being adopted around the globe.”

The EVC tasked the committee to consider benchmarking its activities against other countries where 5G has been successfully deployed through the successful auction of relevant spectrum band like 3.5GHz.

In his remarks, Asaju as the Chairman of the Committee amplified the EVC’s voice on the MoU with NigComSat. Asaju stated that the Commission had, in line with the NCA- 2003, filled a request for bulk allocation of 380 MHz bandwidth (3.52 – 3.9) GHz in the 3.5 GHz band from the National Frequency Management Council (NFMC).

While assuring the EVC of the Committee’s readiness to deliver on its ToR, Asaju said the outcome of the actions will, no doubt, form the basis and put NCC on the right pedestal for 5G deployment in Nigeria.

The Executive Commissioner, Techincal Services of the Commission, Engr Ubale Maska, who doubles as the Auction Adviser, assured the EVC that the Committee will deliver on its mandate, noting, however, that work of the Committee is without prejudice to the approval of the National Frequency Management Council (NFMC), which, he said, must be in place before 5G deployment can take commence in the country.