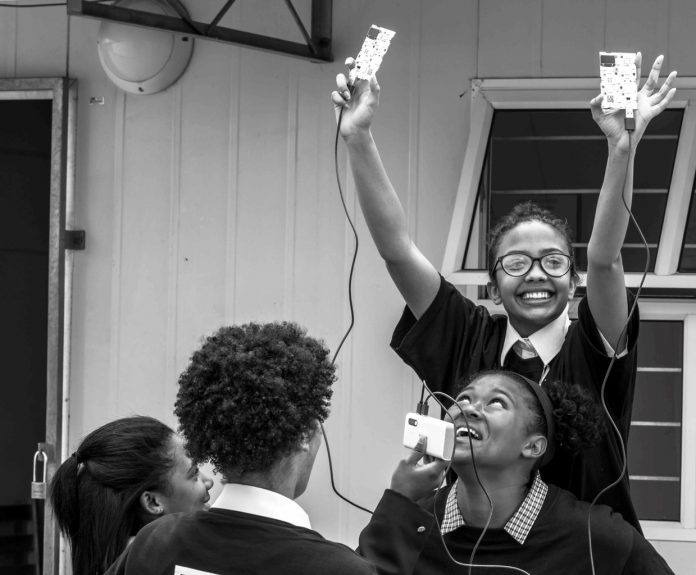 Come April 17, 2019, South Africa will record yet another launch of an object into space. This time, a picosatellite built by high schools students will be launched into extreme Low Earth Orbits (ELEO).

The picosatellite is developed as a part of the ThinSat Program. The ThinSat Program is designed to attract students’ participation in the space industry through foundational space and STEM programs. According to the program structure, students from middle school to the university level are trained to develop satellite hardware, test sensor components with low and high altitude balloon flights, analyze data, and launch an actual payload into space.

South African students, using the XinaBox xChip (pronounced: X in a Box), built one of the picosatellites that will form a part of the Fifty-five student ThinSat constellation which will be deployed to an altitude of roughly 250km and will enter what is known as Extreme Low Earth Orbit (ELEO)

Schools participating include sixteen schools in the Western Cape of South Africa, collaborating on one ThinSat. These schools will be able to share their data with the USA-based schools collaborating on fifty-four ThinSats, collectively creating a BIGData project with never-before-collected data.

The ThinSats will collect data at a unique altitude, which has never been studied before. The satellites’ orbits will degrade and they will re-enter the atmosphere after ten days. The picosatellites are the size of a slice of bread, they will burn up completely in the atmosphere, not endanger anyone on our planet.

Data collected by the satellites’ sensors will be transmitted using a Globalstar radio, and display on a data dashboard for interpretation and analysis.

The XinaBox sensors and the data to be collected include:

The launch was initially scheduled for November 15, 2018, with the Cygnus NG-10 mission from Wallops Island in Virginia, USA, but was rescheduled for April 17, 2019

Upon a successful launch, the picosatellite will be recorded as South Africa’s 8th satellite and Africa’s 35th satellite into space.