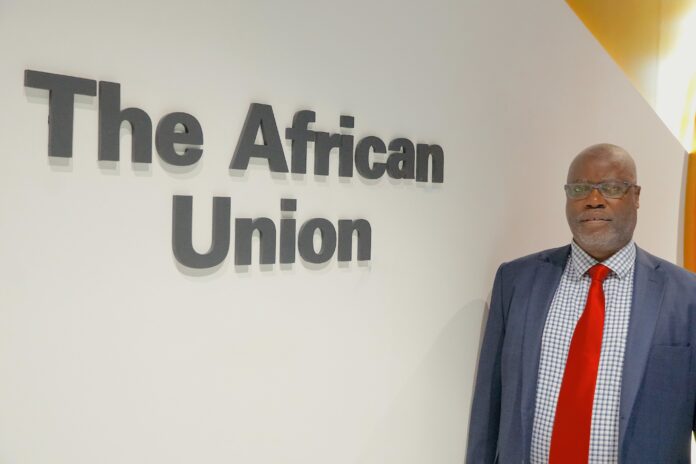 Following the dialogue between the Chinese Taikonauts and the African youths, the Acting Director for Education, Science and Technology at the African Union Commission  (AUC), Mr Hambani Masheleni, emphasised the importance of Africa’s youth population as a development resource, and the potential impact of the Sino-African Alliance on the continent’s space industry.

In an interview with CGTN, Mr Masheleni discussed the importance of space in Africa’s development and the main objectives of the Taikonauts and African youths dialogue. According to the Acting Director, the event was facilitated to increase awareness and inspire and steer interests in space science and technology for Africa’s development. In addition, it was aimed to help the African youths understand the importance of their role in the growth of the African space industry.

He further touched on some of the pillars of the African space policy, which include:

Mr Hambani Masheleni remarked on the benefits of a China-Africa space alliance. He noted that China has been instrumental in the infrastructural development of many African states and their space presence. As a result, the AUC is open to maximising assistance from China for accelerated growth.

China continues to venture into bilateral collaboration agreements with African countries, help build and launch satellites, facilitate capacity development programmes, and encourage the creation of African space initiatives in various countries. This indicates the fact that space is a shareable resource. In addition, the bilateral level of cooperation is highlighted at a higher level when the African continent enters agreements with China. In Mr Masheleni’s words, “As far as Africa is concerned, it wants more cooperation with China.”