Astronomers working at observatories around the globe are up in arms over plans by companies like SpaceX, Oneweb and Amazon to launch tens of thousands of low-altitude satellites. These satellites are intended to blanket the entire surface of the earth with a reliable, high-speed Internet connection. However, the astronomical community is concerned about the unintended side-effects of launching so many objects into Low Earth Orbit.

The team, who shared that first video, count meteors to study debris in the solar system and better understand the risk of an asteroid impact. Their cameras use wide-field lenses to record the sky over an entire evening, so as not to miss a single meteor. Meteors show on film as streaks of light, so every satellite passing overhead is a false hit, which needs to be corrected for. When the number of satellites exceeds the number of meteors, those meteors could eventually become impossible to pick out from the noise.

SpaceX argues that these concerns are overstated. They point out that the satellites seen in these videos seem so bright and close together because they have only recently been launched, and are still in transit to their final destinations. They will eventually spread out, and be too far away to be visible to the naked eye. Their supporters also point out that satellites, in general, are only a problem close to twilight: they do not have lights and only shine by reflecting sunlight. They can, therefore, only be seen close to sunrise or sunset. SpaceX has since promised to add a special light-absorbing coating to future satellites – a coat of black paint, in non-technical terms – to make them less obvious.

But their arguments go beyond claims that the problem would not be as bad as astronomers say. Given that the intention is to provide global internet service, the project is often presented as a grand humanitarian project. For instance, making internet access available to the billions of people on Earth living in serious poverty, these companies are elevating the human condition and improving living conditions for all humankind. Surely the concerns of a few ivory tower academics in their expensive observatories are less important than the eradication of poverty and malnutrition! Besides, there are already tens of thousands of objects orbiting the Earth. They are known to exist because radar stations precisely track their positions so that collisions can be avoided. These objects don’t seem to be causing any problems, so why the fuss about a few more? Finally, we live in an age of orbital telescopes. The Hubble Space Telescope outperformed even the very best ground-based observatories on Earth for decades, despite having only a 2.4-meter mirror.

But these arguments are lacking. While it is true that most of the Starlink satellites will eventually settle into much higher orbits where they are harder to see, a review of SpaceX’s planned orbits, as submitted to the ITU, reveals that only a portion of the satellites is destined for those higher orbits. In fact, over a thousand will be parked at an altitude of only 328 km – a great deal closer to Earth than those seen in the video.

The plan to paint the under-sides of the satellites black seems to have been made in jest. The bulk of the light reflected from most satellites comes from the solar panels, which obviously cannot be painted. Darkening the relatively small body of the satellite will not make a significant difference. But even if it is a plan, it shows a lack of understanding of the problem. Professional astronomers observe the universe in many ways, using distinct parts of the electromagnetic spectrum, across various fields of view.

Many astronomers observe in radio, using extremely sensitive equipment like the Square Kilometer Array, which needs to be built in remote areas to avoid radio interference. While most satellites generate avoid actively transmitting in scientifically important bands, they still generate enough radio noise to drown out the signals that astronomers look for. The only way telescope operators are able to deal with this interference is by discarding those parts of their data which were recorded while a satellite was passing through their field of view. It seems likely that as the number of satellites increases, as the sky becomes more saturated with active radio transmitters, radio astronomers will have fewer and fewer gaps of clear sky through which they can observe the universe. And if Starlink completes it’s planned constellation of 42,000 satellites (about one per square degree of the sky), they may block the radio sky completely.

As for the claim that future observatories will all be in space, like Hubble, Chandra, Spitzer and the upcoming James Webb telescope, it’s worth remembering that space telescopes exist mainly for work which cannot be done from the ground at all-infrared light and ultraviolet light are efficiently blocked by our atmosphere, and exoplanet observations need a telescope to stare unblinking for weeks or months at a time, uninterrupted by the rising sun. But the bulk of astronomy will still always have to be done from the ground. Observatories currently under construction are tens of times too big to fit inside even the largest rocket body, and will weigh thousands of tonnes. Their sheer size and their modern adaptive optics systems give them sensitivity and resolution that dwarfs anything that can go to space. They also have the advantage of being orders of magnitude cheaper to build and operate, and you do not need astronauts for repairs or upgrades.

But the most important argument against allowing astronomers to interfere with these satellite internet projects is the humanitarian one. How important is astronomy, that we should deny Internet access to the billions of people who currently do not have access? Unfortunately, this argument assumes that the service will in fact reach those people. It ignores the fact that satellite Internet services already exist. Companies like Iridium, with their satellite phone service, provide Internet access to the entire surface of the Earth. VSAT providers around the world use geostationary satellites to provide Internet access to anybody who has the necessary permanently mounted satellite dish, similar to that used for satellite TV. And cellular telephony has penetrated much of the land surface of the Earth as well. It’s no longer unusual to find stable 3G or even LTE signals across Africa and Asia. The reason so many people don’t use these existing services is cost. Over a billion people on Earth live on less than a few dollars per day. At such extreme poverty, the ability to access Facebook for tens or hundreds of dollars a month is a laughable luxury.

Starlink has yet to publish official pricing, but some estimates place the service at about USD 80 per month, for a service which is expected to be significantly faster than the other existing satellite options. But that is almost an entire family budget for the billions in extreme poverty, and there’s been no indication yet of what the receiving equipment will cost. This service is not intended for the people we’re told it will save (assuming that Internet access will solve the basic problems of those who do not have enough food, or clean drinking water). So the correct phrasing of this final argument seems to be “Are the concerns of astronomers and researchers, who see a threat to both their livelihoods and the fundamental research they provide humanity, really worth more than the ability to stream blockbuster movies for the upper and middle classes?”

There’s no mistaking the technological prowess of these companies. The work done by companies like SpaceX and Blue Origin in making space accessible to more people at lower prices is both impressive and important. But mega-constellations of satellites look like they will cause major problems for the institutes providing the basic research that is foundational to these company’s innovations, and so far nobody has offered a serious response to these concerns. So while I personally would love to be able to have a quality, high-speed broadband connection that follows me even if I happen to leave the coverage of my local LTE network, the cost to society, and to science, is simply too high. 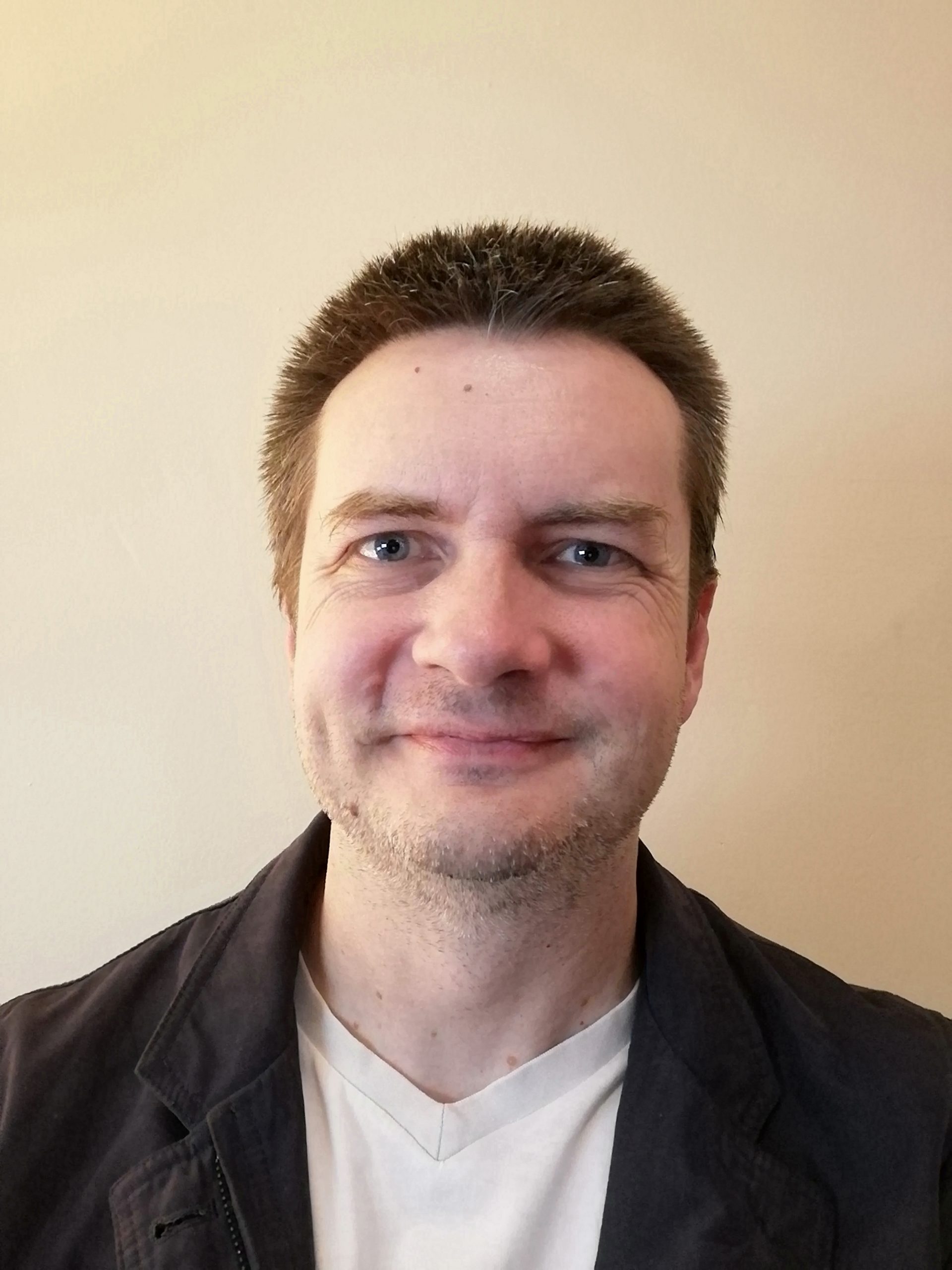 Allen Versfeld is a science writer, an amateur astronomer and a consulting cloud technologist. He has been writing on space and astronomy since 2009, and is the host and producer of the Urban Astronomer Podcast. Allen lives in a major South African city, where he likes to complain about the steady increase in light pollution.

Can Space Technology Make Africa A Better Place For All?

Kenyan Space Agency’s Space Weather Efforts: Why It Is Important To Everyday Activities