The founding director of Vital Capital Fund, Eytan Stibbe, is one of the four people that will be going on the first-ever entirely private mission to the International Space Station (ISS). Stibbe has been investing in Africa for the past 26 years.

The Ax-1 is expected to launch as soon as January 2022, using a SpaceX Crew Dragon. Axiom said Ax-1 is its first “precursor” private astronaut missions to the ISS—subject to approval from NASA and its international partners. It is also working NASA are working on the final approval for a formal Basic Ordering Agreement (BOA) to enable private astronaut missions, with further discussions underway to agree on and authorise the Ax-1 mission profile.

The Ax-1 mission, which is to a Low Earth Orbit destination (LEO), would allow the four-man crew to carry out research and philanthropic projects for eight days. According to NASA’s 2019 pricing policy on private astronaut flights to the ISS, each night costs $35,000 per person. This cost includes $11,250 to use life support system and toilet, $22,500 for other necessary supplies like food, air, and medical supplies.

Each member of the first private crew, however, is paying $55 million. This ticket price includes “any and all necessary costs”, an Axiom spokesperson told The Verge.

“We sought to put together a crew for this historic mission that had demonstrated a lifelong commitment to improving the lives of the people on Earth, and I’m glad to say we’ve done that with this group”, Axiom Space President and CEO Michael Suffredini said. “This is just the first of several Axiom Space crews whose private missions to the International Space Station will truly inaugurate expansive future for humans in space—and make a meaningful difference in the world”. 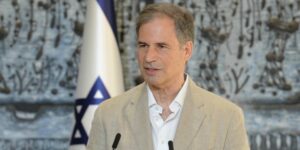 According to the statement by Axiom, Stibbe plans to conduct scientific experiments of Israeli researchers and entrepreneurs coordinated by the Ramon Foundation and the Israel Space Agency at the Ministry of Science and Technology. He will also undertake educational activities from orbit to inspire Israeli children, youth, and educators.

Stibbe is a board member of the Centre for African Studies at Ben-Gurion University and other non-governmental organisations dedicated to education, art and culture.

Pathy will be the 11th Canadian astronaut going into the orbit. He is collaborating with the Canadian Space Agency as well as the Montreal Children’s Hospital, who are helping to identify health-related research projects that could be undertaken during the mission.

Connor will collaborate with Mayo Clinic and Cleaveland Clinic on research projects. He also intends to provide instructional lessons to students at Dayton Early College Academic in his hometown of Dayton, Ohio.

“This collection of pioneers—the first space crew of its kind—represents a defining moment in humanity’s eternal pursuit of exploration and progress”, López-Alegría said. “I know from firsthand experience that what humans encounter in space is profound and propels them to make more meaningful contributions on returning to Earth. And as much as any astronauts who have come before them, the members of this crew have accomplished the sorts of things in life that equip them to accept that responsibility, act on that revelation, and make a truly global impact”.