Avanti Communications announced that it had secured a refinancing deal on Monday. The deal extends the repayment of its super senior facility of $145 million, which was due last week, to January 31, 2022. And the maturity of its 1.25/1.5 lien credit facility has been extended to July 31, 2022. Avanti also received $30 million fresh capital from its existing junior lenders.

Avanti said this transaction would allow it to execute its growth plan, including closing several contracts in its pipeline. Avanti had secured three contracts with mobile network operators and tower companies toward the end of 2020. In collaboration with these companies, Avanti will provide cellular backhaul across Africa using its HYLAS 4 Satellite.

“The material maturity extension and additional capital injection represent a strong vote of support from our existing investors in the business, its prospects and the management team”, Kyle Whitehill, Avanti’s CEO, said. “We have a strong pipeline of opportunities for 2021 and beyond, including growing revenues from defence partnerships and our fast-growing carrier business, putting us in a position to continue to drive revenue and further accelerate our growth in the future”.

Before joining Avanti in 2018, Whitehill served as the CEO of Liquid Telecom South Africa. 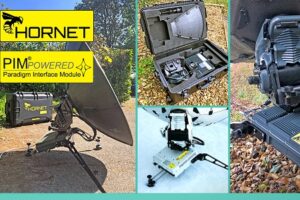 Paradigm’s Hornet man-portable satellite terminals have also been accredited to use on Avanti Communications’ fleet of satellites. Avanti said its connectivity paired with Paradigm’s rapidly deployable and rugged terminals would provide a communications package suited to early-entry or first-responder missions. With Avanti satellite connectivity over Paradigm’s Hornet terminals, users will be able to get fully connected in minutes.

Avanti Communications is a leading satellite technology provider across Europe, the Middle East and Africa (EMEA). It was founded in 2002 and launched its first satellite eight years later. “We now operate a fleet of five satellite constellation with 50 GHz of Ka-band capacity and own a fully licensed, resilient and secure ground network of seven Gateway Earth Stations”, the British-based company says.

But Avanti has been here before, Capacity Media noted. In 2016, it put itself up for sale, but in December that year managed to negotiate the refinancing of $242 million, enough to launch its HYLAS 4 satellite in 2018, at least a year behind schedule.

The United Kingdom companies registration service, Companies House, has warned Avanti that it is late in filing its accounts. The last full-year account it has is for the year ending December 31, 2018. Companies House said it is yet to receive Avanti’s accounts for the following year, which were due at the end of 2020.

South Africa to Leverage its Space Industry for Socio-economic Growth

KSA to Launch Locally-made Rocket in 2021