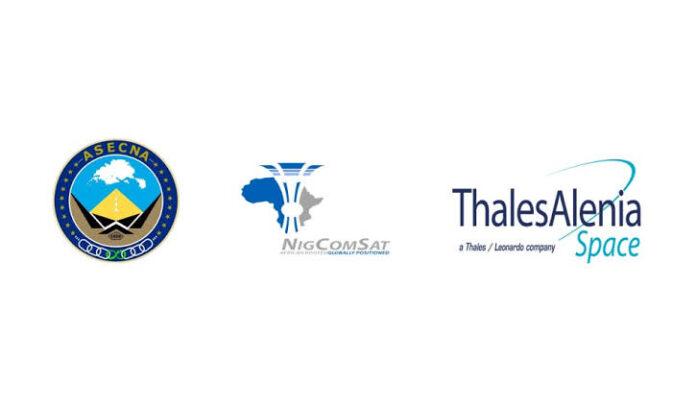 Building on the broadcast of the SBAS signal over the Africa & Indian Ocean (AFI) region since September 2020, providing the first SBAS open service in this part of the world via the NigComSat-1R satellite and following up the flight demonstrations performed successfully in January 2021 at the Lomé Gnassingbe Eyadéma International Airport, the three partners conducted on June 2nd 2021 a successful SBAS demonstration flight between Douala and Kribi in Cameroon using a rotorcraft.

The aim was to show on the field the effectiveness of this technology developed as part of the “SBAS for Africa & Indian Ocean” programme, designed to autonomously provide SBAS services across the continent, thus improving the performance of the global navigation satellite systems (GNSS), GPS and Galileo.

The rotorcraft carried out a low-altitude, two-way demonstration flight along a low-level route linking two point-in-space (PinS) approaches to the Douala airport and a point near the oil platforms off the Kribi coast. The helicopter was provided by Heli Union and the SBAS receiver by Pildo Labs. It demonstrates the benefits of the future operational safety-of-life SBAS services, expected from 2024, in terms of flight safety, efficiency and environmental protection.

On June 3 and 4 in Douala, a seminar organised with the EGNOS-Africa JPO will host representatives of major aviation institutions in Cameroon to raise awareness about Africa’s development of SBAS aviation services.

“We will continue to support and contribute to the success of SBAS flight demonstrations using NIGCOMSAT-1R  navigation payload to sensitise stakeholders towards acceptance and adoption of SBAS technology in Africa’s Aviation sector for its many benefits, especially as it concerns the improvement of operational safety, reduction in operational costs and environment”, declared Dr Abimbola Alale, CEO of NIGCOMSAT Ltd. “It is in line with marching order and directive of the Honorable Minister of Communications and Digital Economy of Federal Republic of Nigeria; Dr Isa Ali Ibrahim Pantami, who has directed full exploitation of the capabilities and capacity of NIGCOMSAT-1R satellite for a digitalised economy in all sectors for sustainable development in the continent.”

“Thales Alenia Space is the ideal partner to support countries that want to implement their own SBAS system, based on our proven expertise in developing EGNOS1 for Europe and KASS for South Korea, coupled with our advanced satellite positioning technologies,” said Benoit Broudy, Vice President,  Navigation Business Unit at Thales Alenia Space “This latest demonstration proved the service’s ability to improve satellite navigation for helicopters, in addition to civil planes, and it will help accelerate the rollout of SBAS aeronautical services in Africa.”

“I am proud that we were able to demonstrate the utility and efficiency of SBAS services on our continent for all the community of airspace users, from commercial aviation to general aviation, and including rotorcraft,” said Mohamed Moussa, Director General of ASECNA. “In line with my vision of unification of the African Sky, the upcoming deployment of the ‘SBAS for Africa & Indian Ocean’ system, the navigation solution for Africa and by Africa, will benefit all the aviation stakeholders of the continent, enhancing the flight safety and efficiency” stated Mohamed Moussa, the Director-General of ASECNA.