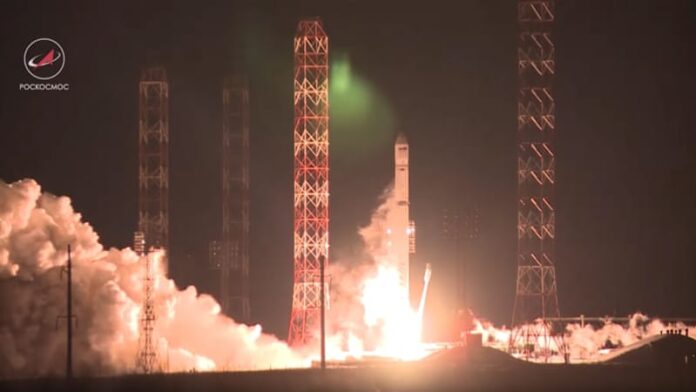 Angola’s first satellite has been officially declared defunct by Russia, which had partially funded the South African nation’s space project. The AngoSat-1, a communications satellite built for almost $300m, was launched late December from the Baikonur cosmodrome in Kazakhstan.

Shortly after launch, communication with the device was lost.

Despite restoring contact several days later, the project had several technical issues in the following months, eventually leading to the announcement of its official loss on Monday.

Russia, who built the AngoSat-1 on behalf of Angola, said it would start building a more powerful follow-up satellite at no cost, as per AngoSat-1’s insurance policy.

The new satellite will take about 18 months to build and will launch in 2020, Russia’s space agency said.

AngoSat-1, Angola’s first space project, was scheduled to work for 15 years and was made to improve telecommunications in the African country.

About 50 Angolan aerospace engineers were trained around the world and were supposed to oversee the mission from a control centre in Angola.

In 2017, Angola made public its long-term plans for its space programme, showing ambition for a steady expansion in the coming years.

It is unclear how the failure of AngoSat-1 will affect that multiyear plan.

Angola is one of few sub-Saharan countries with a space programme.

Nigeria, Ghana and South Africa already have several satellites in orbit, for communications to educational projects, as well as satellites tracking the movements of armed groups.