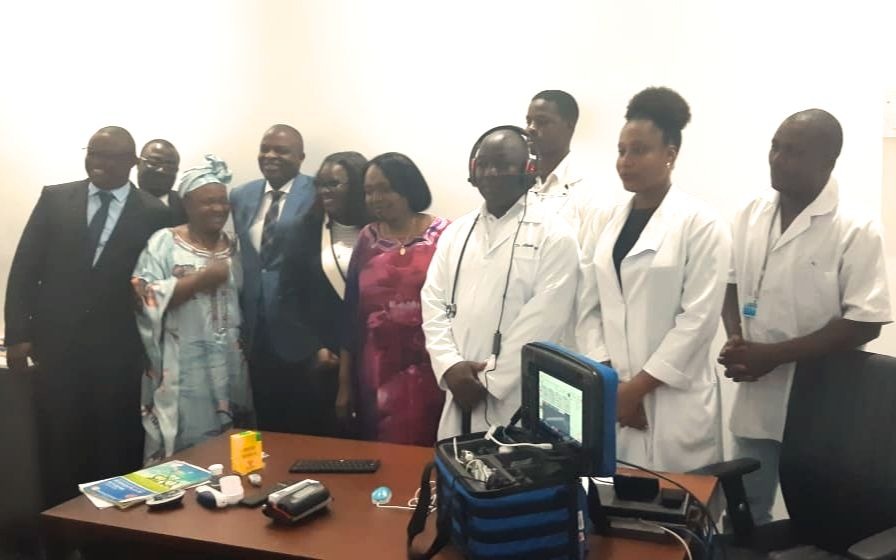 In November, Huambo entered the history of telemedicine in Angola, as the first region in the country to have 10 interconnected municipalities, that is, patients who are in a given rural region of the province, where there is no specialized service, may, through telemedicine, conduct medical examinations, consultations or even emergency and emergency interventions without having to travel to the main hospital in urban areas.

The service reduces the patient’s movement and allows the patient to be prepared for a possible hospital transfer, if necessary, thereby increasing the safety and trust of the clinical staff of support hospitals in rural areas. It will also allow these physicians from the peripheries to receive distance education in the most diverse medical areas.

All this, according to His Excellency. the Minister of the Ministry of Telecommunications and Information Technologies, Eng. José Carvalho da Rocha, was only possible because within the framework of the Angosat Project, which has been developed, it has already begun receiving the compensations that are given by the Russian counterpart, where it has been receiving in terms of frequency capacity 144 MHz in the C band and also 144 MHz in the Ku band.

As a result of this capacity, MTTI, through INFRASAT, and in collaboration with the Ministry of Health, decided together to carry out this social project. His Excellencies: Governor of Huambo, Dr. Joana Lina Ramos Baptista, Minister of Health, Dr. Sílvia Paula Lutucuta, Secretary of State for Information Technologies, Eng. Manuel Homem, and other representatives of the different sectors participated in the event.

The project started in Huambo and the next provinces to benefit from the Telemedicine consultations are Moxico and Lunda Sul.

The inauguration of the telemedicine services in Moxico took place following the launch of the Nascer Livre para Brilhar campaign, an initiative led by the first lady of the Republic of Angola, Ana Dias Lourenço, in solidarity with the victims of HIV / AIDS, on the 1st of December.

The inauguration also counted on the presence of His Excellency, the minister of Telecommunications and Information Technologies, Eng. José Carvalho da Rocha, and His Excellency. Minister of Health, Dr. Sílvia Lutucuta, as well as Exm. Governor of Moxico, Gonçalves Muandumba, among other governmental entities and members of civil society.

According to Angop, with the inauguration of these services in the hospital, the patient can be taken care of independently of his geographical location, by a specialist who is outside his locality, especially in the specialties of pediatrics, cardiology and surgery.