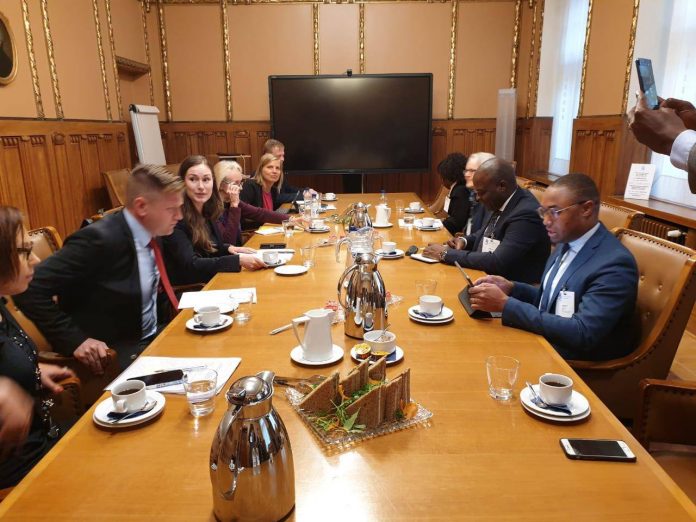 Angola and Finland have decided to establish a dynamic system of cooperation in the field of telecommunications, information technology and weather.

Angola’s Minister for Telecommunications and Information (José Carvalho Da Rocha) and Finland’s Minister for Transport and Communications (Sanna Marin) sat at the same table during a recent event and exchanged experiences, with a view to supporting the technical media arm of the extension of the Angolan weather station network as an axis of cooperation.

“The challenge of new Angola is to offer quality and affordable services, building infrastructure that will connect cities by optical fibre – we are about 65 percent of the integrated country – and develop a space/satellite programme to cover the country’s territory “, said Da Rocha.

He added that the country is open to investment and that it would also rely on Finnish experience and technology to boost entrepreneurs and innovative startups.

Finland’s minister for transport and communications, Sanna Marin, said that she is interested in the use of 5G technology and that her country wants to be a leader in the development and use of this very important system that caters to traffic, health services, and cyber security. She further stressed that security issues would require a lot of cooperation from other countries.

Finland, which takes on the mantle of the rotating presidency of the European Union on July 1, has expressed full willingness to cooperate in the sectors already identified in Angola, in terms of monitoring and preparing availability of technology for companies. The two parties agree that the future is in 5G technology when thinking about providing services with higher volume of information. Angola consults with the SADC and monitors developments in the International Telecommunications Union (ITU).

During the 3-day work visit, Da Rocha interviewed Finnish investors who expressed the desire to finance projects in the sector (especially broadband technology), and visited the headquarters of Nokia Corporation, with the aim of creating a stronger diplomatic network.

Egypt To Launch A Pan-African Satellite Development Initiative On Wednesday