The Algerian Space Agency has released satellite images of the Tizi Nath Aidel region in the municipality of Tamokra, Wilaya de Bejaia, where a wide forest fire broke out on 6 July 2019.

Algeria has witnessed 578 fire outbreaks across the country, which has ravaged a total of 4,260 hectares of forests vegetation since the beginning of this year’s hot summer, according to media reports attributed to Algeria’s forest authorities.

Following the outbreak, the Algerian Space Agency analysed the situation using its AlSat-2B high-resolution satellite to capture and compare images of the affected regions before and during the outbreak. The Agency made its analysis public to support the on-ground and aerial firefighters to locate and salvage the areas covered by flames.

See pictures of the satellite analysis of the Tizi region: 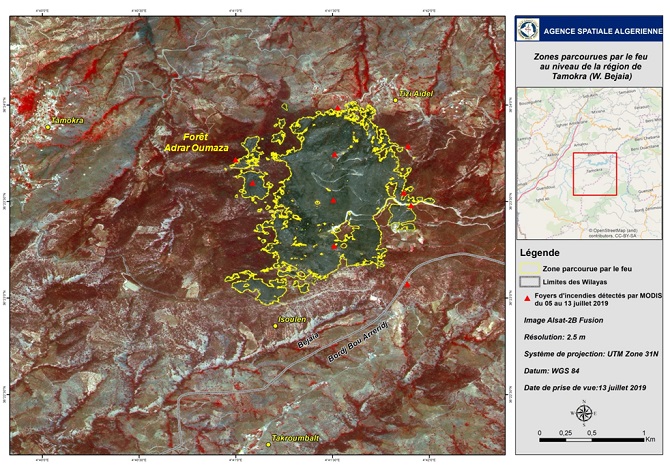 How is Gabon Studying, Monitoring, and Adapting to the Impacts of Climate Change?

Satellite Technology could help tackle a range of social and economic challenges in Africa.