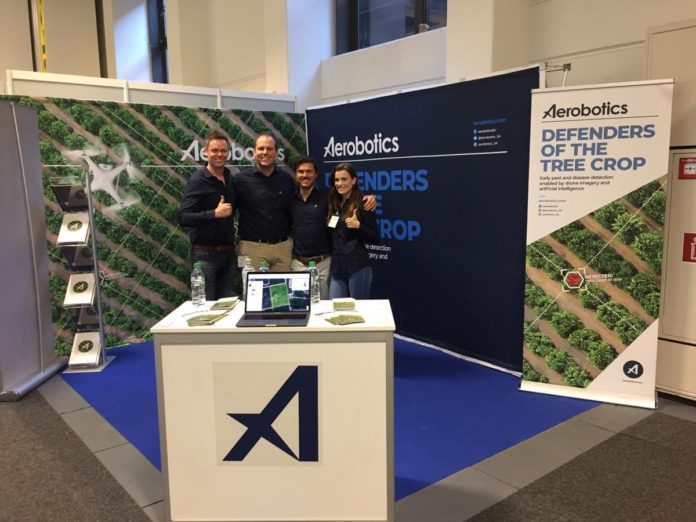 Farmers will be able to have a personalised view of their farmland on a website interface, allowing them the convenience of monitoring vast hectares of farmland.

Speaking in an interview with CNBC, Aerobotics’ Chief Operations Officer, Tim Willis described the service as a “Google map for farmlands”. The service makes weekly updates of satellite data available on the web-based Aeroview, together with its In-Field mobile application.

On the business end of the service, farmers will be required to purchase a premium service from Aerobotics to access more advanced and personalised information, together with robust pest management support.

Describing South African farmers as early adopters of agri-tech solutions, Tim Willis said: “Globally, about a thousand farmers are already using the application in 10 countries around the world, majority of them being South Africans.”

“Farmers are losing between 20 to 40 per cent of their annual yield to pests and diseases. This service will encourage farmers to spend less time scouting and use technology to pinpoint problematic areas in the field and sort them out as quickly as possible, ensuring higher yield and productivity”, he further explained.

“The partnership is a great example of the potential that can be unlocked when bringing key players in the agricultural value-chain together, ” said Omri in a press release.

Van Zyl further described the service as a win-win for the South African agricultural sector, noting that “South African farmers are early adopters when it comes to new technology. We’re confident that Aeroview can be used to their immediate benefit”.

In May, Aerobotics won President Macron’s African Most Innovative Startup Award and recently expanded its series funding round from $2 million to $4 million.