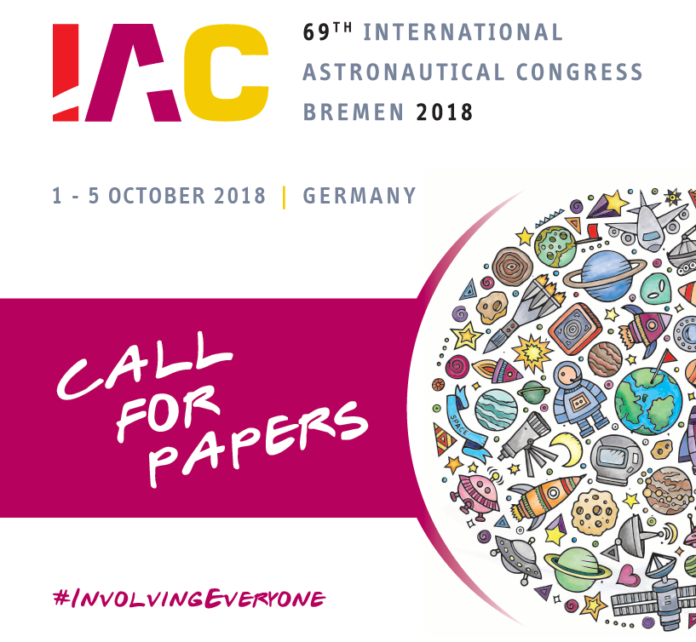 International Astronautical Congress (IAC) is the one time of the year when all space actors come together. Global, multidisciplinary and covering all space sectors and topics, it offers everyone the latest space information, developments but above all, contacts and potential partners.

Each year, the IAC changes country, theme and local organisers, enabling all t learn more about, and be part of the world space scene.

It is 69th International Astronautical Congress since its inception and once it held her Congress in Africa on 3rd – 7th October, 2011 in Cape Town, South Africa. However, the Africa participation and involvement in IAC is significantly lower. The first time IAC held in an African country was in October, 2011. It was a huge milestone considering a significant poor outing the prior years. Africa astronomy has a long history as explored in the excellent documentary Cosmic Africa, made in 2013 by South Africa astromer, Thebe Medupe. Africa has been involved in limited ways in space activities since the 1960’s. Today, several African nations are emerging as participants in the space technology race and events but the rate is low compared to participating regions.

Jean-Yves Le Gall, president of the IAF, while recounting the moments of the 68th IAC in Adelaide, Australia, said;

“…we have two people coming from Asia, Seisho Kibe from Japan and Baoha Yang from China. We also have somebody from Africa, probably for the first time, Valanathan Munsami, the head of the South African space agency.” – spacenews.com

This is a red flag for African space enthusiasts and partners. The goal of the International Astronautical Congress is to promote a self-reflective space culture that promotes the peaceful use of space. It would be great to Africa artists develop a cultural response to the new space drive as it develops. The economic benefits are obvious and Africa, Nigeria should be leading the driving force for space technology development in Africa irrespective of its cultural and political issues around the management and exploitation of space. Africa should have a voice in the ongoing space “vacations.”

Africa should strategically position herself on the “equator.”